Change Your Font, Save the World

I read an odd little front of the book article in a recent National Geographic magazine about the "ecofont"—a software tool that digitally "punches" holes in your existing fonts, so that when you print a document it uses 20% less ink (and, as some skeptics pointed out, gets at least that much less legible).
Brilliant idea or utter greenwash? You decide.
Posted by David L. at 9:21 PM 3 comments:

A number of magazines have been using website polls to let readers help to choose an upcoming issue's cover design. Mostly, the cover photos tend to be variations on a theme. Rarely are they as diverse as the three covers offered up for readers' eyes as the next issue of explore. I can't wait to see which cover that readers—and then staff members (and my former colleagues)—pick. I've had a sneak peek at a couple of the "true life tales", and it promises to be a great issue.
Posted by David L. at 9:19 AM No comments:

Eyes on the Road

This Sunday's New York Times featured another excellent front page investigation, this one about the thwarted attempts by many states to enact laws against the use of cellphones by car drivers, despite the increasing evidence of the distracting dangers of both handheld and hands-free phones for people who should be paying attention to the road.
The story is fascinating for not being entirely black and white: some big businesses (cellular companies) are lobbying to halt cellphone laws, while others (auto insurers) want bans in place. Also, the family of the woman killed by a cellphone-using 20-year-old, who didn't even see the red light he blew through, admitted that she often talked on the phone while driving. That was one of the most interesting details: Most drivers recognize the dangers of driving and dialing—they just don't think it's dangerous when they do it. (Alas, it is.)
While it doesn't mention bikes, the story evokes every cyclist's worst nightmare—getting smeared from behind by someone too busy text-messaging to notice them—and I couldn't help but think of the Times report again when I read the news stories about the five road cyclists injured in Ottawa, at least one of them critically, by a driver who didn't even bother to stop at the scene. There's no indication yet that a cellphone played a part, but it was a clear day and a group ride, and the driver would seem to have no excuse beyond aggressive ignorance. Some good tips, for cyclists and drivers alike, on how to stay out of each other's ways in today's Globe and Mail.
Finally, it reminded me of a line from an excellent Sports Illustrated article recently, about the different attitudes towards cycling in Europe (where it's considered a blue-collar sport) versus North America (where it's the much-mocked realm of nerds with thick calves), and how Lance Armstrong bridged those two worlds for many years:

"In Europe a truck driver who sees cyclists out training invites them to grab hold of his rig for a tow; Armstrong could recount many times that pick-ups and semis in Texas literally ran him off the road. What made Armstrong different -- what would make him a seven-time winner of the Tour, when you get right down to it -- is that he would flip those truck drivers the bird."

It looks like this year Lance will be passing his crown onto the new master of the mountains, Alberto Contador. But you can bet that he'd still put his pump through the windshield of any text-messaging yahoo who tried to mess with his ride.
Posted by David L. at 3:18 PM No comments:

Krazy Kitchens and Other Motivations

I forgot one of the other interesting storylines, at least for Canadian and B.C. cycling fans, at this year's Tour de France: the second appearance of Victoria racer (with the perfect cyclist's name) Ryder Hesjedal, who, despite two crashes in the first week, is still soldiering on on behalf of his team.
Also, when I was researching my profile of Simon Whitfield, I learned that he motivated himself for the final sprint at the Sydney Olympics by imagining a soccer ball bouncing down the final stretch and then madly chasing after it.
Last summer, at Beijing, he inspired himself to a comeback silver by reciting "Sing like Kreek!" in his head, thinking about Canadian rower Adam Kreek, who had won gold with the Canadian 8-man crew and then belted out the national anthem.
And then last month in Iowa, he came up with yet another unusual motivational technique. He told himself to "Run for the crooked playhouse!"
What's that? A backyard play toy for his toddler daughter. What makes it so inspiring? And why did even a successful athlete like Whitfield feel he needed to win a $200K race to justify its purchase?
Check out the cool designs—as well as the bank-busting list prices—of the Crooked Playhouse.
Posted by David L. at 7:30 AM No comments:

It's July, and that means only one thing for cycling fans: Tour de France time! Thank god for live Internet feeds, so that I don't have to shell out good money for another tier of cable stations simply to get a month of the most exciting sporting event in the world (tight Spandex edition).
This year's TdF has been well worth the early wake-ups, thanks to Lance Armstrong's un-retirement and a variety of related and unrelated storylines:
The Tour hasn't been the only race worth watching, though. On the last Saturday in June, in the heat of an Iowa summer, Victoria triathlete and Olympic gold and silver medallist Simon Whitfield pulled out another amazing come-from-behind and close-as-it-comes sprint finish to win the $200,000 grand prize at the richest race on the triathlon circuit. You can check out highlights here and get a signed edition of the says-it-all finish-line photo here. Yet another memorable performance from one of Canada's most inspiring athletes. 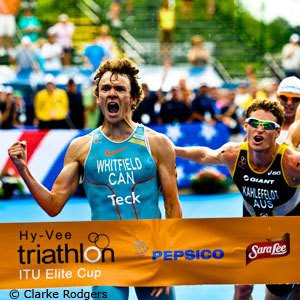 Review: The Lost City of Z 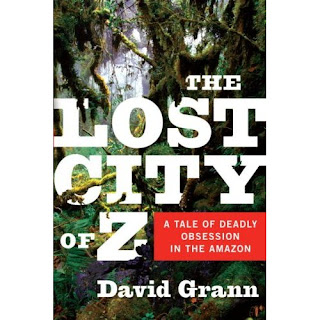 Even in a semi-distracted state, I blew through David Grann's creative nonfiction bestseller The Lost City of Z: A Tale of Deadly Obsession in the Amazon, a fascinating biography of British amateur explorer Percy Fawcett melded with Grann's own personal journey into the Amazon in search of answers for what happened to Fawcett, who disappeared with one of his sons and his son's friend in 1925, on his final quest for an ancient El Dorado in the rainforest.
Grann expanded a feature article in the New Yorker (which I somehow missed; must be somewhere in my backlog of still-to-be-read issues going back several years now) into a book built out of the historical record, Fawcett's detailed letters and journals, and Grann's own often comical travelogue. It's a great story, well told, and if the writing never ascends to the lyricism of the best travel and adventure narratives (like John Vaillant's The Golden Spruce or Jon Krakauer's Into the WIld), neither does it get lost in jungle-like verbiage or macho hyperbole. Grann writes in the lean (not "luminous"!), detail-thick, meticulously documented, and wry style of the magazine in which the story first appeared, and Fawcett—a single-minded explorer I knew next to nothing about—springs to life in this study of his flawed and fascinating character.
One of my favourite books of the year, for its propulsive narrative, compelling central character and a twist at the end that justifies the author's presence throughout the book.
Posted by David L. at 2:18 PM No comments:

Back from Summer Break!

Okay, it hasn't been a "break" that has kept me from blogging—more a combination of busy-ness and laziness. More on the former, less on the latter in future posts. The summer began with some good news: my investigative feature for explore magazine ("A Deadly Crossing"), about the deaths of two sea kayakers in Howe Sound, on Thanksgiving 2007, won a Gold medal in the Sports & Recreation category at this year's National Magazine Awards. I'd hoped to attend the ceremony, but life (and a $2,000 plumber's bill) had other plans. Still, I was ecstatic to learn the good news, especially after having played the bridesmaid with nominated stories previous years.
More recently, I did a phone interview with a Ryerson student about my research for the story, which he then edited into am intriguing podcast he produces with other Toronto journalism students. They sit around, drink beer, trade tales, talk shop, and critique one long work of literary journalism every week, and then post their discussions on a website called Ms. Jamerson's Literary Saloon. It's a fun, loose and baggy production that I might encourage my UVic students to experiment with.
While I was disappointed to miss the Magazine Awards and the ASLE conference here in town the same weekend (which featured a wealth of sessions with eco-minded writers and academics), I did fill my notebooks and digital recorder with research for future articles (and maybe a book?) during a long weekend trip to hang out with archaeologists on the Broken Islands (where I got my hands dirty and indulged my Indiana Jones fantasies) and on a two-week return visit to Israel (after living there 20 years ago) to explore the many changes to the kibbutz movement over the past two decades.
Add to these trips a wonderful sun-filled six days up-Island with the family, for beachcombing on Miracle Beach, hikes in the subalpine of Strathcona Park and the rainforest of Quadra Island, and a chance to try out my new/old mountain bike on some sweet island singletrack. 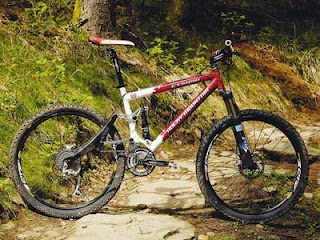 Now, to find the free time and focused frame of mind to knock off a draft or two of this summer's stories before the tsunami of students overwhelms me in the first week of September. It's only July 12, and I can already feel the season ticking away...
Posted by David L. at 4:11 PM No comments: